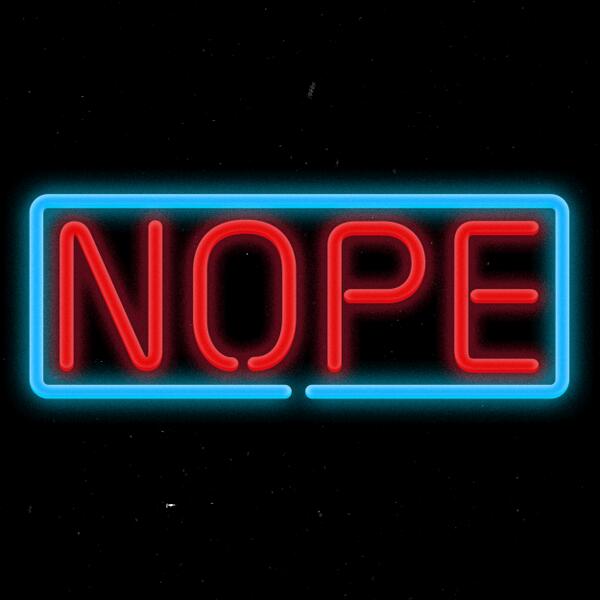 I can’t quite let go of something that I brought up in this Twitter thread.

Still on this. I’ve spent days, nights, weekends, lost sleep, rewritten, had legal & fact checkers all over stories, thrown up, re-interviewed sources to MAKE SURE my #MeToo stories were solid. In 1 week, 2 men get to freely rewrite their abusive pasts? Nobody cared about facts?

Regarding Jian Ghomeshi writing for the New York Review of Books and John Hockeberry penning whatever the hell that was for Harper’s, I have so many questions. (No, I’m not linking to them. Ughghhh.)

But one of the biggest questions I have is this: Why were these men allowed to rewrite history?

It’s one thing to say, “These are personal essays and not news stories,” which might be one (lame) defense offered by those publications. But that’s nonsense. First of all, everyone reporting on #MeToo stories and anything at all related to harassment, predation and similarly fraught issues has had to be so, so careful. Any time these topics are in the mix, fact-checking rigor is necessary.

And even when someone is writing a personal essay or an opinion column, the writers of such works don’t get to pick and choose their facts. I’ve had critiques and columns kicked back to me to make sure every assertion in them was accurate. That’s not a defense that holds water.

It’s unconscionable to me that NYRB and Harper’s both allowed these men to publish poorly written, mawkish articles that didn’t move the conversation forward. That’s bad enough.

Worse yet, they didn’t give the survivors of harassment, bullying, assault and violence a real voice in any of this. That’s awful and gross and so typical, unfortunately. I wrote about this process of de-centering the survivors in this piece about Louis C.K. I am so tired of survivors being ignored in favor of the egos of the men who made these messes in the first place. Whether it’s by the men themselves or their acolytes, it’s always the same boring whining about famous men who want their old lives back.

Survivors don’t get their old lives back after they’ve been abused, bullied, harassed, assaulted and raped. No one is owed a career in the media, in the arts, in Hollywood, in sports, in politics. No one is owed any of that. When speaking of these matters, in relation to any profession or any walk of life, the only people who are owed anything are those who’ve been harmed — but they’re usually left to fend for themselves.

The thing is, if a person transgresses norms, ethical guidelines, laws and/or basic ideas about human decency or dignity, that person may pay a price. It doesn’t always work that way, but that’s how this whole thing called human society works. (And let’s not forget, neither man served a day in jail. Both are free to rebuild their lives. Without subjecting us to their epic laments about how this whole “women are human beings with boundaries worthy of respect” thing has kind of gone too far.)

But let’s put all that aside, just for a moment.

The fact that these two guys were allowed to massage what happened and essentially come up with alternative narratives is not just infuriating but wrong. These publications have now added to the harm done to the survivors of these men’s abuses. That’s because Hockenberry and Ghomeshi’s accounts are far more forgiving about what they did than the picture one gets from journalistic records, court documents and input from survivors. The cherry on top is the lax editing that allowed both men to paint themselves as the real victims.

Those writing about #MeToo perpetrators have had to be so rigorous and unassailable; no misstep was too small to be jumped on by the “has this all gone too far/witch hunt” crowd. Not even one year on, the actual perpetrators get to pretty much just say what they want. Double standard much?

I’ve no doubt these men experienced pain when they were made accountable for their actions — at last. What did they do with that pain except turn it into meandering pity parties about how what that happened to them was unfair? Well, gents, you didn’t even give us a full and fair picture of what occurred, so the odds that you’re on a path of true amelioration and atonement — the kind  of difficult but necessary journey Rabbi Danya Ruttenberg talks about here — don’t seem especially high. As Michelle Goldberg noted today, “the discussion about #MeToo and forgiveness never seems to go anywhere, because men aren’t proposing paths for restitution. They’re asking why women won’t give them absolution.”

It’s not worth arguing what category these pieces went into — memoir, personal essay, op-ed, reporting, whatever. The fact is, these allegedly prestigious publications allowed these men to whitewash their own actions. To the inevitable people who will, once the Famous Man in Trouble batsignal goes up, appear in my mentions: Yes, I have patience for the “what is the path back” question, as I noted in my Louis C.K. essay. But that’s not my first or second or third or even fifth priority. And it can be a priority only when survivors are not pushed to the margins, and only if perpetrators do real work to truly reckon with the harm they’ve done.

Not only did these men not grapple with the real damage they did, they were false and self-serving about what actually happened. And these influential publications helped them with this craven, damaging and infuriating agenda.

Dear Ian Buruma, you probably don’t give a damn about what I think, because I’m just some woman scribbling words on the internet, but this statement in this interview is wrong, for so many reasons: “The exact nature of his behavior—how much consent was involved—I have no idea, nor is it really my concern.”

You should be concerned about the accuracy of what is in your publication. You should educate yourself about harassment, assault and abuse, and not just decide that everything short of being convicted of rape in a criminal trial is in some whoopsie-oopsie grey area. Read this piece by David Roberts of Vox, and think about getting parts of it tattooed on your body for handy reference. Like, how about this paragraph right here:

Sexual discrimination, harassment, and abuse are everywhere. They are not isolated cases, not rare, and not confined to the powerful or famous. They constitute an ongoing, systemic crisis. #MeToo is meant to draw attention to that crisis. Talking about the perpetrators “moving on with their lives’ at all, much less with sympathy and solicitude, is a clear signal that the moral weight and severity of the crisis has not sunk in. We’re still not taking this shit seriously.

Or how about this one?

[H]arassment and abuse exist along a spectrum. The point is not that everything on the spectrum is the same, but that it’s all the same spectrum — a range of expressions that trace to a core set of ideas, namely that women are objects, adjuncts to men, there to soothe, coddle, please, or serve men, subject to their control and abuse.

These are important ideas you could have hired any number of fine writers of all genders to explore! But you, and the entitled twit who runs Harper’s, gave prime real estate to abusers who have no insight into anything but their own questionable narratives of victimization. Fantastic job, well played.

Last point: Sociopaths and clinical narcissists may be interesting in movies or TV or books, up to a point and in the hands of the right artists. But in real life they’re often really boring, because nothing exists but their own needs. Other people aren’t real to them. I kind of wonder if other people — especially women — are real to the editors of these Very Esteemed Publications. The owner of the Comedy Cellar and others have framed the comeback of Louis C.K. in free-speech terms. The safety of the human bodies in the paths of these angry, entitled men — those things are not not important. Let’s ignore all that so that we can focus on the fancy, high-flown reasons we must make these men the center of attention. Again.

Edited to add a link to this tremendous essay by Katie Anthony, who absolutely takes apart Ghomeshi’s slippery, clevery toxicity like Tim Gunn deconstructing a terrible frock (but her essay is even better than that). This post is a must-read, in my opinion, because Katie is delivering HOT FIRE in every paragraph: “I realized that this piece has pulled off a strange maneuver. It deserves both less than our contempt and our full attention. Because this self-mythologizing, gaslighting treatise is both wall-punchingly routine and a spectacular — nay, TEXTBOOK — example of how this shit keeps happening. And in case you’re wondering, ‘this shit’ refers to abuse, the way we ignore abuse if we happen to find the abuser useful or entertaining, the way we grant unlimited second-chances to abusers who can also interact with random strangers without abusing them, as if Ted Bundy never murdered YOU so he must be a pretty okay guy after all.”

I’m going to give the last word to Dan O’Sullivan, whom I don’t know, but based on his last name, there’s an eight percent chance we’re related. This thread by him is very good — and absolutely true, in my experience. Take it away, Dan:

The thing I have found with dealing with sociopathic sexual predators is that engaging with them in any way is self-destructive. Their words are poison & grow more lethal they longer you let them talk. They even can acquire a ring of reasonableness, in the face of blinding truth. You may find yourself questioning the obvious truth, because they’re so sure of themselves and even convincing at times, but the truth is, you’re playing by rules and they have none. No rules about how they behave with anyone. They can’t respect anyone’s truth.

Ghomeshi simply lies about the facts of his accusations, dramatically so. He reframes it and reduces the scope dramatically. I can’t believe this essay ran.